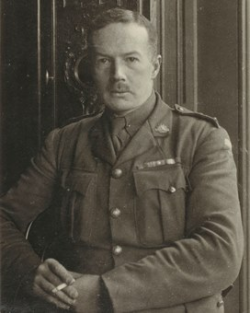 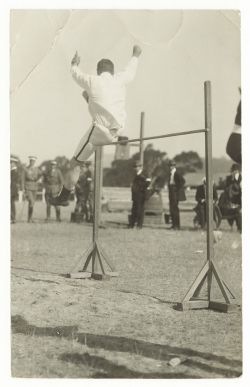 Charles Elliott enlisted in the Australian Imperial Force on 14 August 1914 and embarked as Captain in command of ‘A’ company with the 12th Battalion on 20 October 1914. In Egypt he was promoted to Major.

Major Elliott landed at Gallipoli on 25 April 1915 and ended up taking charge of the 12th Battalion after his commanding officer Colonel L. F. Clarke was killed and his second in charge Lieutenant-Colonel S. Hawley was wounded.  Major Elliott was also wounded at Gallipoli and sent to England to recuperate.  In September that year he returned to Gallipoli, and was promoted to Lieutenant Colonel in charge of the 12th Battalion.

Major Elliott served on the Western Front in 1916 and fought in famous engagements in France such as Pozieres, Mouquet Farm, Hill 60 and Polygon Wood.

Major Elliott was a courageous soldier and commander and was awarded the Distinguished Service Order (DSO) in 1917 and a Bar was added to it in June for his action at Lagincourt. A full list of his military honours may be viewed on the Australian War Memorial website.

Major Elliott married Sister Alice Gordon King, of the Australian Army Nursing Service, during the war on the 20 December 1917 in London.